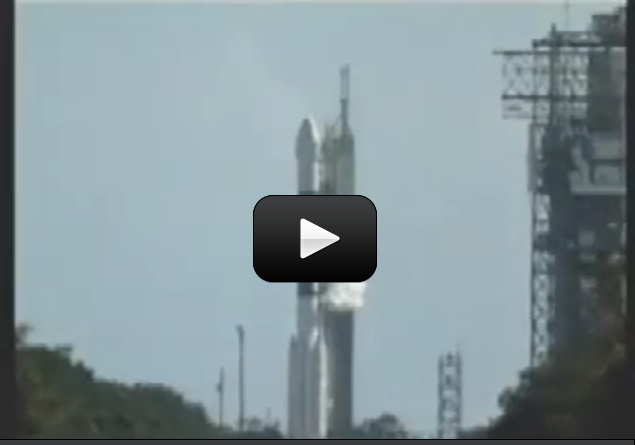 Launch and flight teams are in final preparations for the planned Jan. 12, 2005, liftoff from Cape Canaveral Air Force Station, Fla., of NASA’s Deep Impact spacecraft. The mission is designed for a six-month, one-way, 431 million kilometer (268 million mile) voyage. Deep Impact will deploy a probe that essentially will be “run over” by the nucleus of comet Tempel 1 at approximately 37,000 kilometers per hour (23,000 miles per hour). It’s like hitting a comet with something the size of a fridge. Click here to read more.

Galileo was an unmanned spacecraft sent by NASA to study the planet Jupiter and its moons. Named after the astronomer and Renaissance pioneer Galileo Galilei, it was launched on October 18, 1989 by the Space Shuttle Atlantis on the STS-34 mission. It arrived at Jupiter on December 7, 1995, a little more than six years later, via gravitational assist flybys of Venus and Earth.

On September 21, 2003, after 14 years in space and 8 years of service in the Jovian system, Galileo’s mission was terminated by sending the orbiter into Jupiter’s atmosphere at a speed of nearly 50 kilometres per second to avoid any chance of it contaminating local moons with bacteria from Earth. Of particular concern was the ice-crusted moon Europa, which, thanks to Galileo, scientists now suspect harbors a salt water ocean beneath its surface. Click here to read more.

The incredible journey to Saturn and Titan. Click here to read more.

This montage of New Horizons images shows Jupiter and its volcanic moon, Io. The images were taken during the spacecraft’s near-pass of the gas giant in early 2007. Credit: NASA/JHU/APL New Horizons’ voyage through the Jupiter system in 2007 provided a bird’s-eye view of a dynamic planet that has changed since the last close-up looks by NASA spacecraft. Click here to read more.