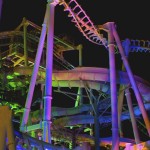 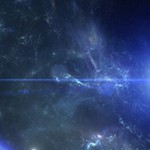 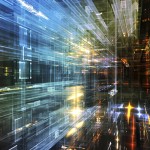 Download Unit OverviewMaterial List
Astrophysics is the branch of astronomy that deals with the physics of the universe. Astronomers study celestial objects (things like stars, planets, moons, asteroids, comets, galaxies, and so forth) that exist outside Earth’s atmosphere. It’s the one field of study that combines the most science, engineering and technology areas in one fell swoop. Astronomy is also one of the oldest sciences on the planet.

Early astronomers tracked the movement of the stars so accurately that in most cases, we’ve only made minor adjustments to their data. Although Galileo wasn’t the first person to look through a telescope, he was the first to point it at the stars. Originally, astronomy was used for celestial navigation and was involved with the making of calendars, but nowadays it’s mostly classified in the field called astrophysics.

Astrophysics combines our knowledge of light (radiation), chemical reactions, atoms, energy, and physical motion into one. The things we're going to study in this unit borders on sci-fi weird, but I assure you it's all the same stuff real scientists are studying. This unit is broken into two sections: easy-and-fun, and mind-bending-hard. If you feel like you're getting a little lost, simply jump over to the experiments and just have fun.
There are different types of astronomers, some of whom have never looked through a telescope. For example, radio astronomers use satellite dishes to “view” the sky while backyard astronomers use optical telescopes armed with cameras. Professional observational astronomers use computers and specialized camera equipment to look through their X-ray scopes and determine what’s out there. And the kid down the street uses a new set of binoculars he got for his birthday. They are all doing astronomy, just in different ways.

Amateur astronomers usually have smaller telescopes, typically 4” to 20” in diameter. They generally don’t get paid to do astronomy. They just do it for the love of it, and they are the ones you’ll find on sidewalks and sharing views of the sky with the general public during local stargazing events. Many amateur astronomers have discovered new objects based on their raw knowledge of the sky.

Professional astronomers come in two varieties: observational and theoretical. Professional observational astronomers mostly use expensive scientific instruments to look through their massive telescopes for them. They spend a lot of time measuring things, taking data, and crunching the numbers. They are very good at designing and performing experiments that answer the big questions to which no one knows the answers.

Professional theoretical astronomers think up new ideas and new models for fitting the data so that it makes sense in the field of physics. They are great at asking the big questions in the first place. Albert Einstein was a theoretical astronomer, as he hated to do experiments of any kind. Instead, he preferred to sit back and think about what might happen in the laboratory of his mind.

One of the best things you can do with this unit is to take notes in a journal as you go. Snap photos of yourself doing the actual experiment and paste them in alongside your drawing of your experimental setup. This is the same way scientists document their own findings, and it's a lot of fun to look back at the splattered pages later on and see how far you've come. I always jot down my questions that didn't get answered with the experiment across the top of the page so I can research it more later. Are you ready to get started?