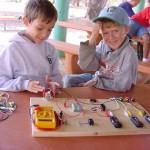 Science Fair Projects. This phrase will strike more fear into the hearts of parents than electrons in a lightning storm.  Whether you’re a teacher, parent, kid, or science fair judge, you can quickly turn dread into dexterity with a few quick tips and tricks from the pros of the trade.

Click here for a printer-friendly version of this page.

Does this sound familiar?

KID: “I have to do a science fair project.” PARENT: “Hmmm… what are you going to do?”

KID: (whining now) “I don’t know…” PARENT: (getting annoyed): “Well, there must be something you’re interested in.”

KID: (still whining) “Like what?” PARENT: (picking up a science textbook) “Well, how about one from here?”

The trouble with picking up a textbook and doing a project listed is that they are usually finished projects - meaning that everyone knows not only the experiment but what’s going to happen. No scientist in their right mind would do a experiment if they knew the ending! You’ve got to take a different approach, but before we do, let’s take a quick look at common myths about science projects (namely, your personal expectations about one has to look like).

Your teacher just strode into class and announced that it’s nearly time for the Science Fair, and projects are due next week. You scope out the room and find Brian Brainiac inventing a new addition to the International Space Station… Corey Comet discovering a new species of octopus… and Darlene Dazzler built a transporter. Your head begins to spin like hamster wheel as you try to hit on the Ultimate Science Project that would make Einstein gape with awe. 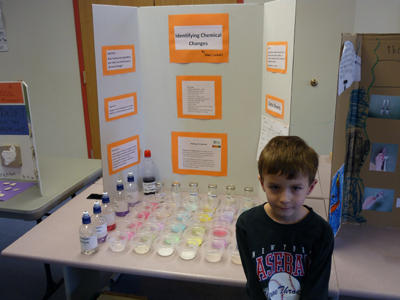 The truth is, science fair projects don’t have to be glitzy, glamorous, or even work quite right… they just have to be yours. And they need to be science experiments, not jazzed-up science reports masquerading as projects.

A science experiment is a simple question you want an answer to, such as: A science report answers questions that don’t require any real testing on your part - all you have to do is research to get the answer. Topics like: What is acid rain? What is the sun made of? How does a power plant work? How does the human body work? Is overeating bad for you? We’ve seen reports win local school science fairs, but they don’t make it into the big time regional or national competition. And they aren’t nearly as much fun as doing your own experiment. (They are also NOT appropriate for a real science fair project.)

So, where do you start? Suppose you want to find out if listening to music during a test will help you get a better grade, and if so, which one works the best. You’ll need to first figure out which “thing” (variable) you’re going to change in your experiment to give you different results.

So first, you’ll need to take a test with no music, and record in your notebook the score you got, along with a few other things to help you figure out if it was really the music choice or not. Things like: the weather, your mood, when you woke up, the date, and how difficult the questions were.

A word of caution - don’t change more than one “thing” from one experiment to the next, or you won’t know which change is actually responsible for the new result. 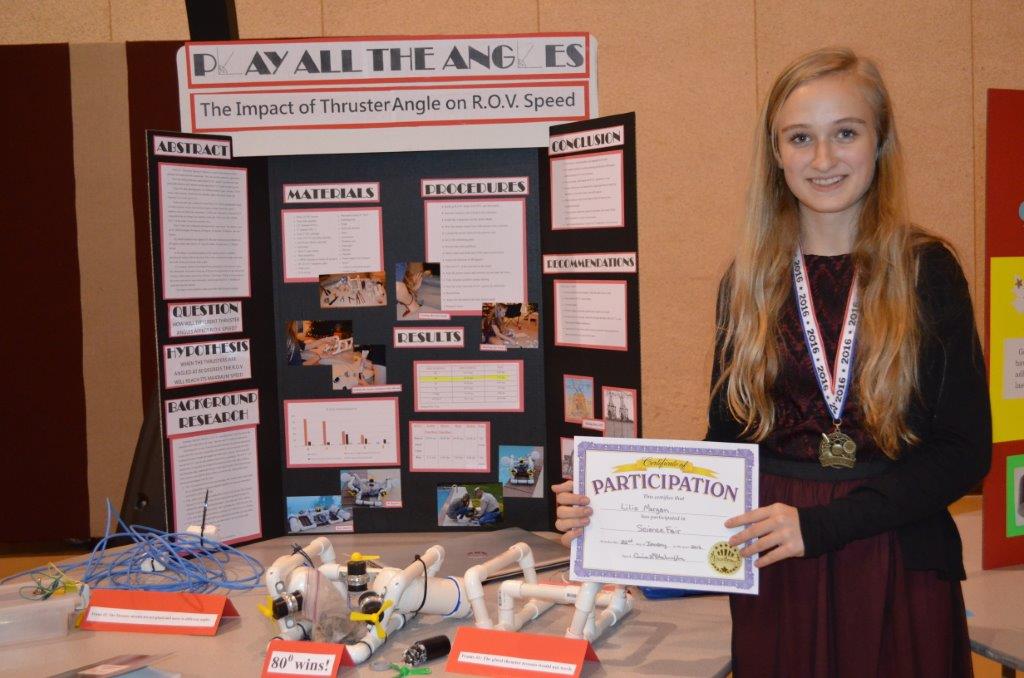 Then you’ll need to test out as many bands as you possibly can, recording not only the stuff above, but also the beat, tone, melody, and how fast or slow the song was… and be sure you’re using the same kind of headphones, too, or that’s another variable you’ve got to keep track of (does sound quality matter?). Are you eating the same breakfast each morning, too? Do you shower each morning, or every other day?

If this is starting to sound like it’s getting a little hard to track all the little differences and changes, well… welcome to science! Scientists spend years trying to sort everything out, track the changes and differences, and make sense of it all. You only have to do it for a week or two. And you can discard any variables you think don’t have a big effect on your results.

Can you imagine what kind of argument you could have at your fingertips if your hypothesis (”Beach Boys Leads to 12% Higher Test Scores”) was successful? Your classroom would never be the same.

How do I cook up a stellar science fair project?

Here is the basic recipe for science fair projects across the globe: The Scientific Method: 1. Ask a question/Think of an idea 2. Do background research (if possible) 3. Construct hypothesis/Plan your experiment 4. Test with an experiment (This is the fun part, and you can do steps 4 & 5 together) 5. Gather, collect, and record your data and analyze the results 6. Does the hypothesis and results match? If not, go back to step 3. 7. Reach a conclusion

Tips and Tricks for Great Experiments

1. Repeat good results. If you get the result you’re after, then do the experiment again to make sure you can duplicate what happened. And again. And again.

2. Remove yourself. After you’ve listened to music during a test, ask your friends to do the same thing. This checks to make sure that this phenomenon is not just linked to you, but can work for everyone. You are introducing several other variables here (other people), so you can cut down on these pesky variables by asking half the class to take a test with music, and the other half without, and then switch next time. This way, you’ve got music and non-music taking the same test twice. As for number of kids to test it out on, scientists usually aim for sample sizes of over 30, but work with what you’ve got.

3. End with recommendations. This is a personal favorite, not a requirement, but I always like to report on the things I would do if I were to continue experimenting. You can easily make three, four, or even five future experiments that you would consider doing that would further refine your conclusion by drawing on the results you found and the experience you gained.

If you can produce consistent results for not just yourself, but for the whole class, and not only that but plans for future areas of study and relate it back to why this was important enough to study in the first place, now you’ve got an experiment worthy of a blue ribbon.

So you’ve taken the steps, come up with questions, formed experiments, and even tested out your ideas, but the results you got make no sense at all. What do you do now?

When I taught at the university, I deliberately gave the students an experiment for which a conclusion did not exist… because the results were never the same twice.

I did this for two reasons… first, to teach them never to cheat and lie about their results (they were given an immediate ‘zero’ without warning if they did “fudge” the results), and second… to teach them how to handle such a thing when it happens for real.

Over half the class got the “F”. However, they were allowed to “redo” the experiment for a half-grade, if they chose to. Most of them did. Now, why would I do such a thing?

No matter what happens in your experiment, in any experiment, keep in mind that your results stand, no matter what. The laws of the universe, the laws of physics are still working and active… regardless of how you wanted the experiment to turn out. By fudging your results, you can’t really ever be sure if your conclusion stands, and you may as well throw away the entire experiment. But what do you do when you feel like you’ve tried everything, but it still doesn’t work right?

Your greatest moments of thought happen in instances just like this one… One of the most important parts of being a true scientist is being an observer - being able to step back and ask, “What’s really going on here? Why did the marble fly off the track? Was the marble going too slow or fast? Was the track too steep, or too wobbly?”

The truth is, you haven’t tried everything, because if you did, it would be working right now. But it isn’t, so you haven’t. It helps to write down what you have tried… and if you’re keeping good records of your results, this is where you’ll find the information.

You are a great scientist, no matter what results you produce in any experiment. The world will know how sharp you are, how ingenious your mind is when you are able to step back and observe what’s really going on… while the rest of the world gets wrapped up with thoughts that cripple their creativity. “Why didn’t it work? It’s supposed to! It’s broken… it’ll never work. This is dumb.” 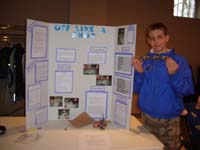 When you get stuck, frustrated (hey, we all do!), or just upset, take a breath, go outside, and remember it’s just one experiment… and you’ll get back to it when you’re ready. Smile, get an ice cream, and remember that there will always more to learn, and no, you’ll never get it all done.

Well, there you have it…

These are the key areas you need to cover for an outstanding science fair project.  Remember, you don’t need a Nobel-prize winning project to make headlines at a science fair, nor do you need to sell your car to afford the necessary equipment.  Keep it simple, and stick to what you know you can handle so you can do it thoroughly and elegantly.

The photo here is a student taking a prize in his local Science Fair using our linear accelerator project.  Did you know that most of the kids that work through our Science Fair Projects take home prizes from the winner's circle?  Get started now! [/am4show]