Click here for a printer-friendly version of this page. 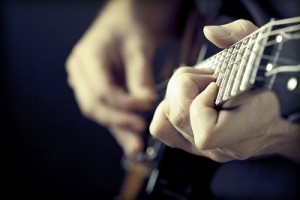 Objective This noisy lab lets you experiment with the idea that sound is a vibration.  By making over a dozen different noisemakers, you can explore how to change the sound speed and use everyday materials to annoy your parents.

About the Experiments Instead of starting with an explanation of how sound works, mystify your kids with it instead by picking one of the experiments that you know your kids will like. After they’ve build the project (you might want ear muffs for this lab), you can start asking them how they think it works.  Give them the opportunity to figure it out by changing different things on their noisemaker (stretch the rubber band, increase the tube length, etc) to allow them a chance to hone their skills at figuring things out.

The How and Why Explanation Sound is everywhere.  It can travel through solids, liquids, and gases, but it does so at different speeds.  It can rustle through trees at 770 MPH (miles per hour), echo through the ocean at 3,270 MPH, and resonate through solid rock at 8,600 MPH.  Sound is made by things vibrating back and forth, whether it’s a guitar string, drum head, or clarinet. The back and forth motion of an object (like the drum head) creates a sound wave in the air that looks a lot like a ripple in a pond after you throw a rock in.  It radiates outward, vibrating it’s neighboring air molecules until they are moving around, too.  This chain reaction keeps happening until it reaches your ears, where your “sound detectors” pick up the vibration and works with your brain to turn it into sound.

Your voice is a vibration, and you can feel it when you place a hand on your throat when you speak.  As long as there are molecules around, sound will be traveling though them by smacking into each other.  That’s why if you put an alarm clock inside a glass jar and remove the air, there’s no sound from the clock.  There’s nothing to transfer the vibrational energy to – nothing to smack into to transfer the sound. It’s like trying to grab hold of fog – there’s nothing to hold on to.

Sound can change according to the speed at which it travels.  Another word for sound speed is pitch.  When the sound speed slows, the pitch lowers.  With clarinet reeds, it’s high.  Guitar strings can do both, as they are adjustable. If you look carefully, you can actually see the low pitch strings vibrate back and forth, but the high pitch strings move so quickly it’s hard to see. But you can detect the effects of both with your ears.

The range of your ears is about 20 – 20,000 Hz (cycles per second). Bats and dogs can hear a lot higher than we can. The image (right) is a real picture of an aircraft as it breaks the sound barrier – meaning that the aircraft is passing the speed that sounds travels at (about 700 mph).  The white cloud you see in the photo is related to the shock waves that are forming around the craft as it moves into supersonic speeds. You can think of a shock wave as big pressure front, which creates clouds. In this photo, the pressure from the shock waves is condensing the water vapor in the air.

There are lots of things on earth that break the sound barrier – bullets and bullwhips, for example.  The loud crack from a whip is the tip zipping faster than the speed of sound.  Your air horn is a loud example of how sound waves travel through the air.

Questions to Ask When you’ve worked through most of the experiments ask your kids these questions and see how they do: