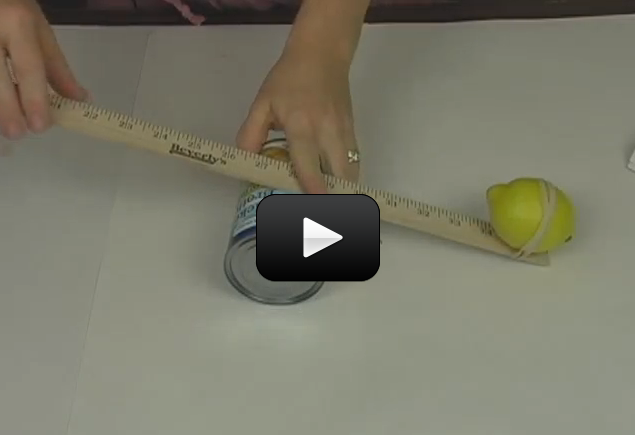 Levers are classified into three types: first class, second class, or third class. Their class is identified by the location of the load, the force moving the load, and the fulcrum. In this activity, you will learn about the types of levers and then use your body to make each type.

Here’s what you need

Here’s what you do

Only read further if you have had an opportunity to identify the levers in the pictures. Spoilers below!

Your head moving up and down on your spine is an example of a first class lever. Your neck joint in the middle is the fulcrum, with load and effort on either side. In this example, load and effort switch depending on whether you are moving your head up or down.

Standing on tiptoe is an example of a second class lever where your toes are the fulcrum. The effort, or force, is in your heels – they are lifting your body up. And the resistance is located between your toes and heels.

This leaves us with bicep curls, which are an example of a third class lever. Your elbow serves as the fulcrum, the bicep is the force, and the weight in your hand on the end is the load.

Just for fun, did you know your knee is the largest joint in your whole body? It connects your femur, the largest bone, to the bones of your lower leg. Your smallest joints are the anvil, hammer, and stirrup in your inner ear.