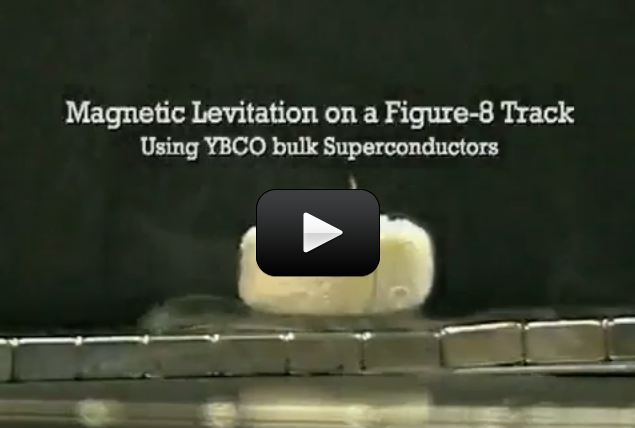 When I was in 10th grade, my teammate and I designed what we thought was pretty clever: a superconductor roller coaster, which we imagined would float effortlessly above its magnetic track. Of course, our roller coaster was only designed on paper, because yttrium barium copper oxide ceramics had only just been discovered by top scientists.

Did you notice how it was smoking in the video? That’s because it was so cold! The usual problem with superconductors is that they need to be incredibly cold in order to exhibit superconductive properties.  Yttrium barium copper oxide (YBa2Cu3O7) was the first compound that used liquid nitrogen for cooling, making superconductors a lot less expensive to work with – you no longer needed a cryogenic lab in order to levitate objects above a magnet.

Recently, scientists have found a way to make an amazing superconductor by taking a single crystal sapphire wafer and coating it with a thin (~1µm thick) ceramic material (yttrium barium copper oxide). Normally, the ceramic layer has no interesting magnetic or electrical properties, but that’s when you’re looking at it at room temperature. If you cool this material below -185ºC (-301ºF), it turns out that the ceramic material becomes a superconductor, meaning that it conducts electricity without resistance, with no energy loss. Zero. That’s what makes it a ‘superconductor’. 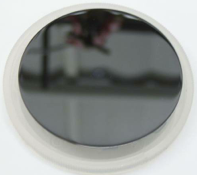 To further understand superconductivity, it’s helpful to understand what normally happens to electricity as it flows through a wire. As you may know, energy cannot be created or destroyed, but can be changed from one form to another.

In the case of wires, some of the electrical energy is changed to heat energy. If you’ve ever touched a wire that had been in use for a while, and discovered it was hot, you’ve experienced this. The heat energy is a waste. It simply means that less electricity gets to its final destination.

This is why superconductivity is so cool (no pun intended.) By cooling things down to temperatures near absolute zero, which is as low as temperatures can get, you can create a phenomenon where electricity flows without having any of it converted to heat.

Why do superconductors float above magnets? 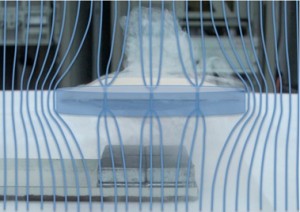 However, if you make your superconductor thin enough, you can get the magnetic field to penetrate in discrete quantities (this is real quantum physics now) called flux tubes (the blue lines that go through the disc).

If you’d like to experiment with superconductors yourself, check out this information.