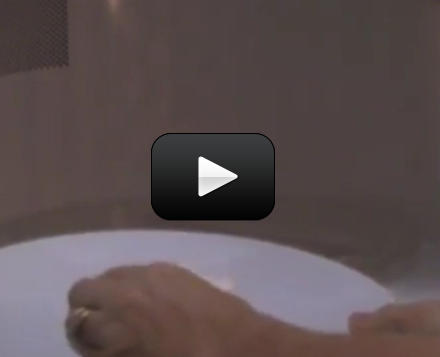 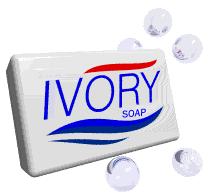 When you warm up leftovers, have you ever wondered why the microwave heats the food and not the plate? (Well, some plates, anyway.) It has to do with the way microwaves work.

Microwaves generate high energy electromagnetic waves that when aimed at water molecules, makes these molecules get super-excited and start bouncing around a lot.

We see this happen when we heat water in a pot on the stove. When you add energy to the pot (by turning on the stove), the water molecules start vibrating and moving around faster and faster the more heat you add. Eventually, when the pot of water boils, the top layer of molecules are so excited they vibrate free and float up as steam.

To explain this to younger kids (who might confuse radio waves with sounds waves) you might try this:

There’s light everywhere, some of which you can see (like rainbows) and others that you can’t see (like the infrared beam coming from your TV remote, or the UV rays from the sun that give you a sunburn). The microwave shoots invisible light beams at your food that are tuned to heat up the water molecule.

The following experiment is a quick example of this principle using a naked bar of Ivory soap. The trick is to use Ivory, which contains an unusually high amount of air. Since air contains water moisture, Ivory also has water hidden inside the bar of soap. The microwave will excite the water molecules and your kids will never look at the soap the same way again.

Toss a naked bar of Ivory soap onto a glass or ceramic plate and stick it into the microwave (don’t use a new or expensive microwave!) on HIGH for 2-3 minutes. Watch intently and remove when it reaches a “maximum”. Be careful when you touch it after taking it out of the microwave oven – it may still hold steam inside. You can still use the soap and the microwave after this experiment!

Note: Scientists refer to ‘light’ as the visible part of the electromagnetic spectrum, where radio and microwaves are lower energy and frequency than light (and the height of the wave can be the size of a football field). Gamma rays and x-rays are higher energy and frequency than light (these tend to pass through mirrors rather than bounce off them. More on that in Unit 9.)