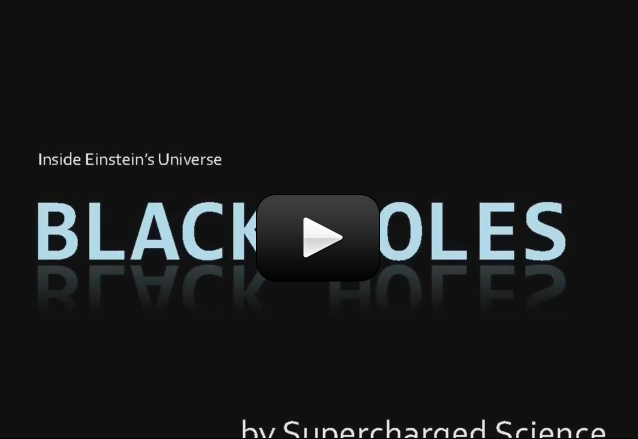 We’re ready to deal with the topic you’ve all been waiting for! Join me as we find out what happens to stars that wander too close, how black holes collide, how we can detect super-massive black holes in the centers of galaxies, and wrestle with question: what’s down there, inside a black hole?

What’s a black hole made of? Black holes are make of nothing but space and time, and they are the strangest things in nature.  It’s BLACK because does not emit or reflect light.  Black holes are the darkest black in the universe – no matter how powerful of a light you shine on it, even if it’s a million watt flashlight, no light ever bounces back, because its truly a ‘hole’ in space.

And a HOLE means nothing entering can escape. Anything that crosses the edge is swallowed forever. Scientists think of black holes as the edge of space, like a one-way exit door.

Biggest myth about black holes: Black holes are not vacuum cleaners with infinite sized bags. They do not roam around the universe sucking up everything they can find. They will grow gradually as stars and matter falls into them, but they do not seek out prey like predators. It just sits there with its mouth open, waiting for dinner.

Another interesting fact about black holes is that they are a place where gravity is so intense that time stops. This means that an object that falls into a black hole will never reappear, because they are frozen in time.

I often hear the question – how big are black holes? There’s no limit to the size of a black hole – it can be as large or as small as you can imagine it to be (and then some!). The more massive a black hole is, the more space it will take up, and the larger the radius of the event horizon. One of the largest and heaviest black holes is actually the super massive black hole at the center of our own Milky Way galaxy, about 30,000 light years away. Don’t worry, since it’s so far away and it’s not actively feeding.

If you’re looking for black holes, the nearest one is called V4641 Sgr and it’s 1,600 light years away in the Sagittarius arm of the Milky Way.  This is actually a rare type of black hole called a micro quasar. Click here for a downloadable Map of Black Holes.